2020 City Budget: All the events, new research, and the latest coverage

On Friday, January 10, the City of Toronto launched its 2020 staff-recommended budget. It's the first step towards a final budget vote on February 19. At the moment, we're knee-deep in City budget documents, combing through all of the details to better understand this year's budget and what it means for communities across this city - the good, the bad, and the ugly. In the days and weeks to come, we'll share our analysis and insights with you.

In this first City Budget Watch post of 2020, learn more about our pre-budget report, "Toronto After a Decade of Austerity: The Good, the Bad, and the Ugly". Check your calendar because there are lots of budget forums, town halls, and trainings coming up - as well as opportunities to speak to Budget Committee members at public deputations! While you're at it, read the latest media coverage on the City budget.

Toronto After a Decade of Austerity - The Good, the Bad, and the Ugly

On January 8, in the lead up to the City of Toronto 2020 budget launch, we released Toronto After a Decade of Austerity: The Good, the Bad, and the Ugly, a new report that looks at how our city has progressed, declined, or stagnated over the past decade in three key areas: housing; child care; and public transit, cycling, and walking. In the report, we assess the current state of the city after a decade of austerity budgets using 20 quantitative indicators and offer resolutions to build a better city.

The data, with a few notable exceptions, paints a grim picture of the city at the end of the '10s. After a decade of austerity budgets, life is significantly more challenging for many Torontonians. The affordable housing and homelessness crisis has intensified, child care is expensive and hard to come by, transit users experience numerous hurdles getting around the city, and pedestrian and cyclist safety remains in jeopardy.

Resolutions for a Better City

There is one common denominator that unites all of these issues, and that is proper funding. A decade of low property taxes - the lowest rate in the GTA, Hamilton, and Ottawa - and a refusal by City Council to adopt new revenue tools has starved the City of revenue to pay for important programs, services, and infrastructure.

Fortunately, the prospect for change began to take shape at the close of 2019. In December 2019, Mayor Tory made a bold move to publicly advocate to increase property taxes beyond the rate of inflation in 2020 and for the next six years. The Mayor proposed increasing the City Building Fund, a property tax levy, to pay for public transit and affordable housing infrastructure. The additional funds will allow the City to borrow $6.6 billion over the next 6 years to invest in these key areas.

While it's an important first step, it would be a mistake to stop there. The City has considerable challenges and lots of ground to make up after a decade of austerity. In our report, we put forward resolutions for a better city, including short-term, medium-term, and long-term options to fund much-needed programs, services, and infrastructure.

Finally, there are tax options that the City of Toronto does not currently have the authority to enact. For example, the City has rightly advocated for a portion of the provincial sales tax. However, that is a decision of the provincial government. In the long term, we should continue to advocate for the tools the City needs to fund critical services.

Read SPT's "Toronto After a Decade of Austerity" here
Read media coverage on the City budget & our work here, here, here, and here

Read the Latest Media Coverage on the Budget 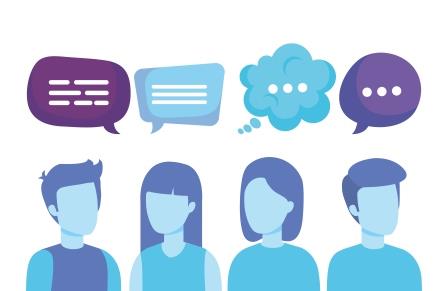 You have an opportunity to share your thoughts, concerns, and advice about the City of Toronto's 2020 budget! Register to speak at one of the Budget Committee's four public deputations taking place on January 20 and 21. Everyone is welcome.

Key dates to register to speak at Budget Committee meetings:

To register to speak, contact buc@toronto.ca and indicate which date, location and time you wish to attend.

If you cannot attend in person to make a deputation at one of the Budget subcommittee meetings, you can submit a written deputation to the Budget Committee by email to buc@toronto.ca, or by mail to Toronto City Hall, 100 Queen St. W., 10th floor, West Tower, Toronto, ON M5H 2N2.

You can also send a letter or email to your local City Councillor. For information on how to contact your City Councillor, call 311 or visit toronto.ca/council.

Learn about the City's 2020 budget process and how you can get involved to shape its outcome!

Learn more about the 2020 budget process on the City's website.
Drop by City Hall at 100 Queen Street West to watch a meeting or watch online on Toronto City Council's youtube channel.

Last But Not Least ... It's a Symphony of Services

The 2020 City of Toronto budget has its own music video.