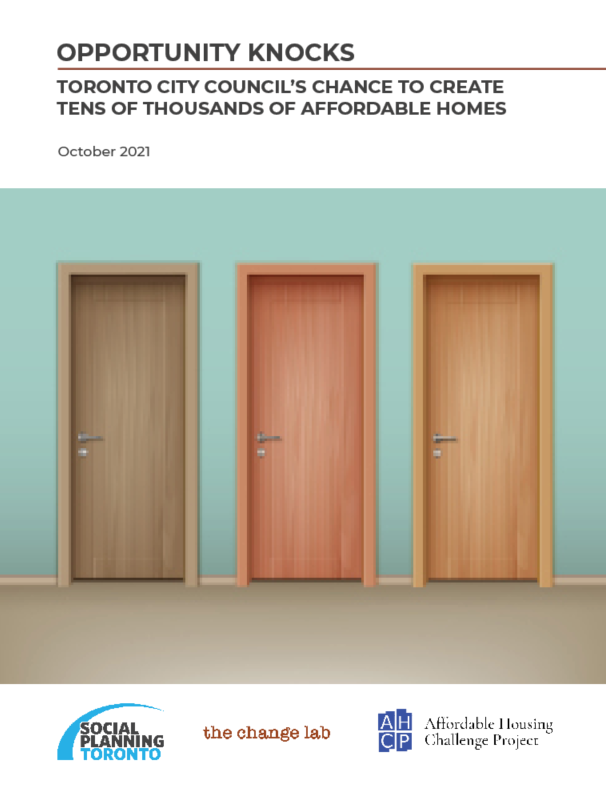 Opportunity Knocks: Toronto City Council's Chance to Create Tens of Thousands of Affordable Homes assesses the City’s opportunity to realize the full potential of its new Inclusionary Zoning (IZ) policy to help expand access to affordable housing. It finds that a well-designed IZ policy has the potential to produce tens of thousands of affordable homes and reduce racial, spatial, and social inequality in Toronto. The City’s draft IZ policy fails to maximize the potential of this important new tool, despite the urgent need for affordable housing.

The report quantifies the amount of affordable rental housing that could be produced by implementing a strong, evidence-based IZ policy, and the much lower amount that would be produced by the City’s current proposed IZ policy. It also estimates the amount of affordable housing lost due to past delay. The analysis reveals that: 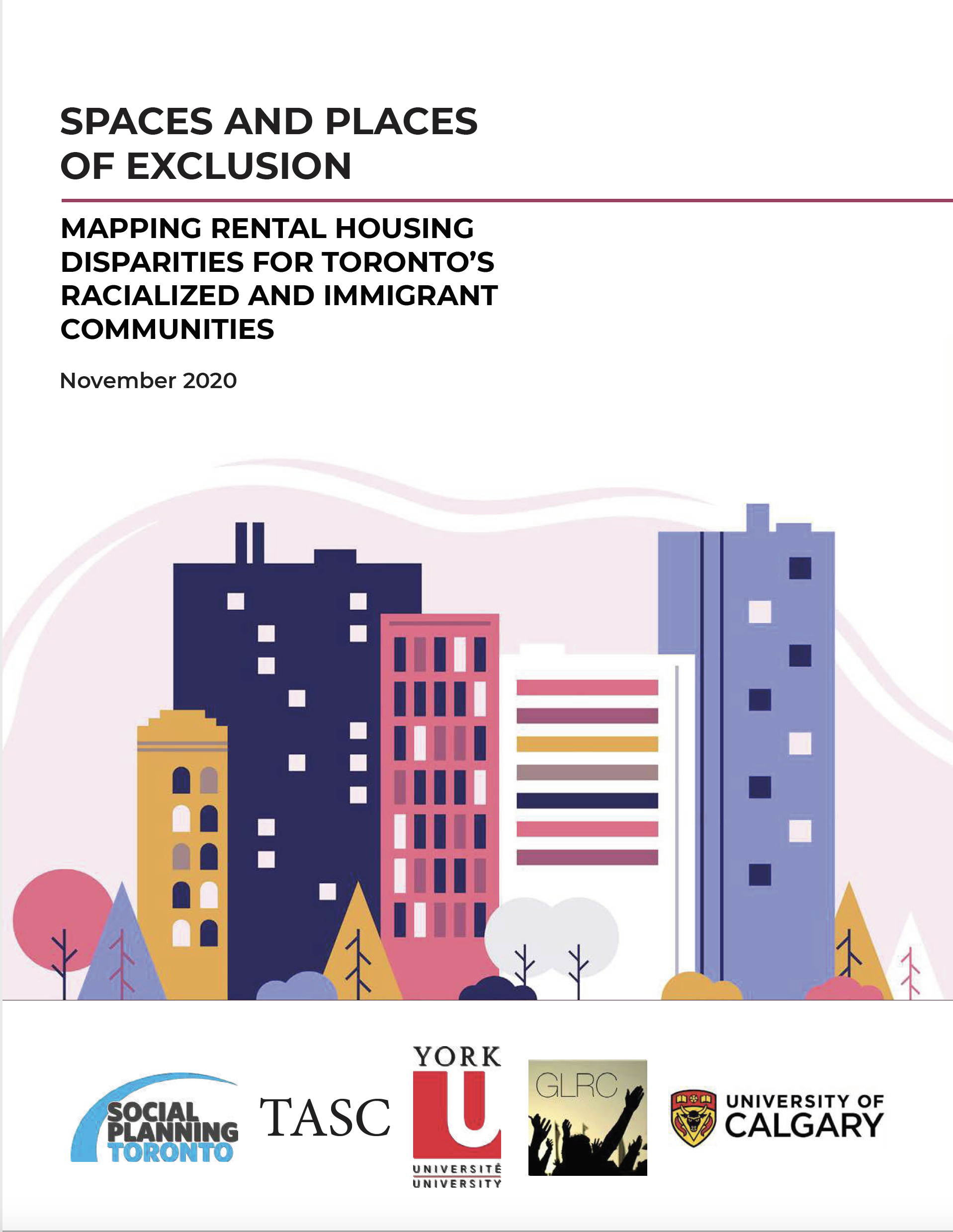 Spaces and Places of Exclusion: Mapping Rental Housing Disparities for Toronto’s Racialized and Immigrant Communities is a first-of-its-kind study, mapping spatial exclusion by racialized and immigrant status in Toronto’s wards. Disaggregated race-based and other social data from the 2016 Census of Population are used to examine key indicators of rental housing inequality, including core housing need, lack of affordable housing, unsuitable or overcrowded housing, and housing in need of major repair.

Presented through over 50 new maps and figures, our analysis reveals

More than 1,400 Torontonians Tell City Council What They Want to See in Our City’s Pandemic Recovery

More than 1,400 Torontonians whose voices are not usually heard at City Hall took part in consultations to tell the City what they need as we recover and rebuild from the COVID-19 pandemic. Their opinions and ideas are shared in our new report, Community Voices Pave the Road to Recovery.

The City of Toronto partnered with us to design and deliver a city-wide consultation process—led by residents, grassroots groups, and community organizations—to engage residents from Indigenous populations, equity-seeking groups, vulnerable populations, and neighbourhoods with disproportionately high rates of COVID-19 cases.

The Good, the Bad, and the Ugly: Report Examines Which of Toronto’s Problems are Better, and Which are Bigger, after 10 Years of Austerity

Welcome to 2020! As we look ahead to a new decade and the launch of the City of Toronto’s 2020 budget, we decided to take stock of Toronto at the end of the ‘10s, so that we may learn from the past and chart a new path forward.

Our Toronto After a Decade of Austerity: The Good, the Bad, and the Ugly report looks at how our city has progressed, declined, or stagnated over the past decade in three key areas:

We assess the current state of the city after a decade of austerity budgets using 20 quantitative indicators and offer resolutions to build a better city. Three immediate options are to:

This in-depth review of the Housing Choice Voucher Program provides a base of evidence to guide the development of the Canada Housing Benefit, a key component of Canada’s National Housing Strategy. The report offers lessons from the U.S. experience, identifies principles and practices that best support positive outcomes for tenants, and articulates the limitations of portable housing benefits for addressing housing needs.

A City Left Behind: Poverty Reduction, Election Promises, and the 2019 Budget

In the lead up to the 2018 City of Toronto municipal election, Social Planning Toronto, Commitment TO Community, and Faith in the City asked candidates for Mayor and City Council to sign the “Prosperity Pledge”, an election promise to follow through on actions to advance the City’s Poverty Reduction Strategy during the 2018-2022 term of Council. The Pledge included specific, measurable commitments to be met by 2022, with a focus on housing and homelessness, public transit, child care, and recreation.

A total of 73% of the members of the new Council, including Mayor Tory, signed the Pledge. The 2019 City budget offers the first opportunity for Toronto City Council to begin to make good on its election promises to act on poverty.

The “How to Hub: Community Hub Development Toolkit” is a practical guide to support residents, parents and community allies in advocating for a community hub in their neighbourhood. This toolkit offers introductory information on a range of topics relevant to groups that are in the initial stages of developing a community hub or who would like more information before beginning their journey.