Central Etobicoke is a large geographic area composed primarily of wards 3 and 4, located in the west-end of Toronto. The boundaries stretch north to the 401, south to Burnamthorpe Road (with some parts reaching Dundas), west to include Centennial park and east just beyond Royal York Road. The area includes smaller neighbourhoods like The West Mall, the East Mall, Kingsview village, Mabelle, Scarlettwood court, Willowridge and Capri.

Historically central Etobicoke has been perceived as a well-to-do middle-class community. However, the City of Toronto is seeing major changes in its socio-economic geography. According to University of Toronto Professor David Hulchanski’s 2010 study: The Three Cities within Toronto: Income Polarization Among Toronto’s Neighbourhoods, this transformation entails high levels of wealth emerging increasingly in the downtown core and increasing pockets of low-income in the surrounding inner suburbs1. Hulchanski states that many smaller communities have become parts of “City three” — areas where income levels have decreased 20% or more since the 1970’s.

Throughout 2017, Social Planning Toronto will be producing a series of reports highlighting newly released 2016 Census data from Statistics Canada and its significance for Toronto and its communities. Our first report, Growth and Change in Toronto’s Neighbourhoods, released in February focused on population growth and density in Toronto over the past five years and the implications for creating inclusive communities across the city. Demographic Change in Toronto’s Neighbourhoods looks at the shifting age and sex makeup of Toronto and what it means for the programs, services and priorities of the city.

Growth and Change in Toronto's Neighbourhoods: The challenges of planning for growth and density in the downtown and inner suburbs

This page now links to an updated report, with adjustments to the table legends. (February 15, 2017 at 2:30pm) 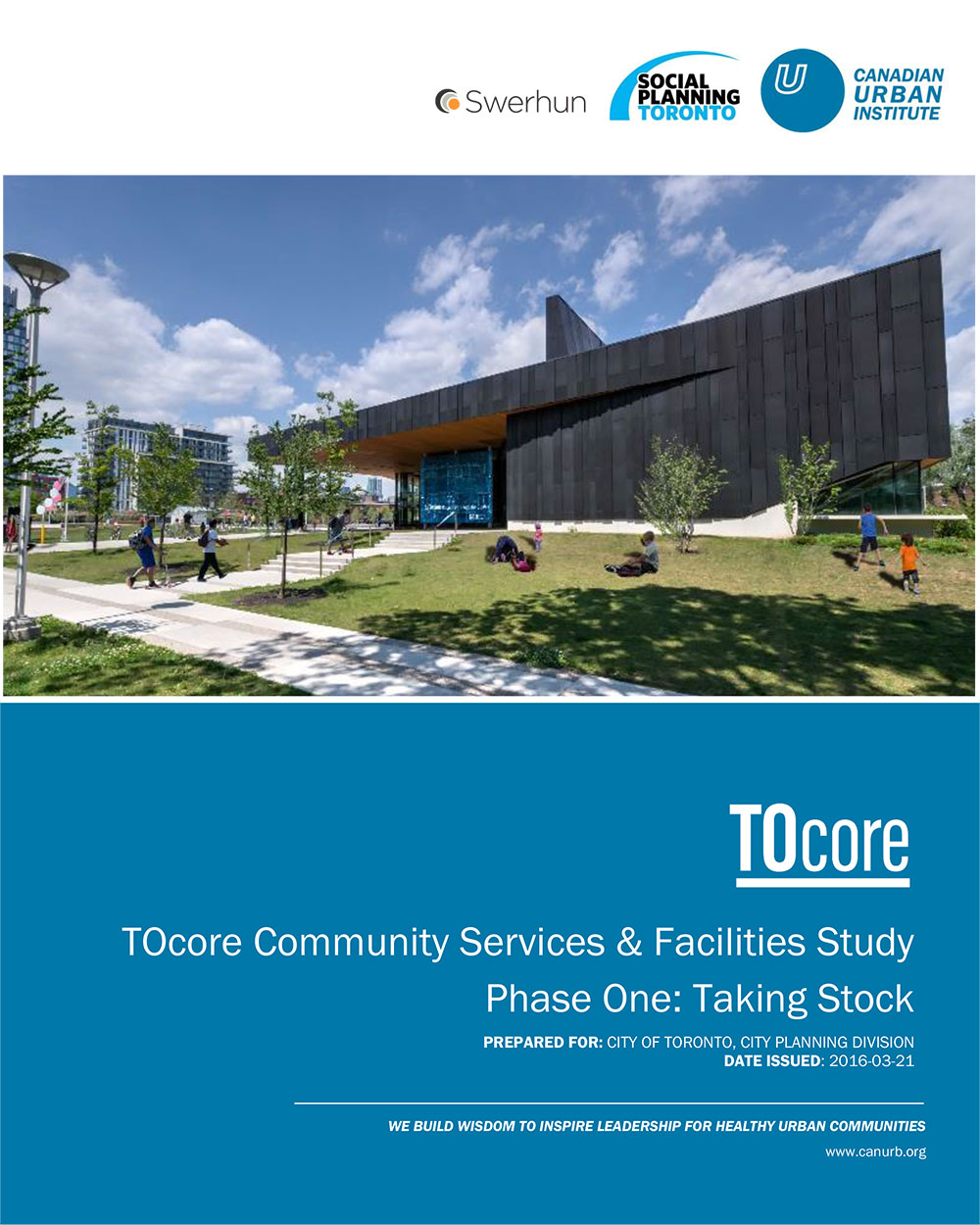 The Community Services & Facilities (CS&F) Report, Phase One - Taking Stock is an assessment of community services and facilities in the 16 defined neighbourhoods comprising Toronto’s Downtown. This study engaged key internal and external stakeholders to examine needs and gaps in the community services and facilities sector, including: recreation, child care, libraries, schools, human services and public health. It identifies 13 strategic actions to increase capacity, innovation and collaboration and 27 opportunities to secure new facilities or improvements to existing facilities. A summary table and map of these identified opportunities can be found in Sections 8 and 9 of this report. 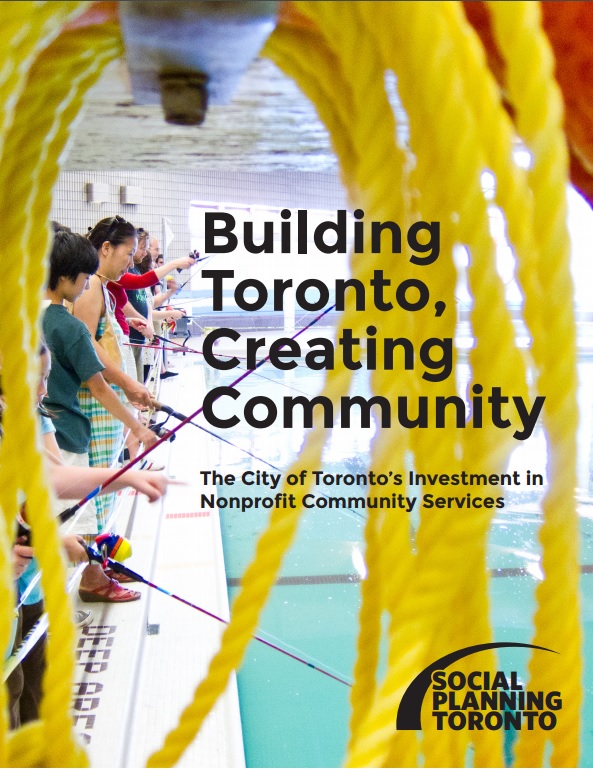 The City of Toronto makes a vital, and often unrecognized, investment in critical community services delivered by hundreds of nonprofit organizations across the city. From after-school programs, crisis counselling and seniors’ health programs to youth leadership, newcomer civic literacy and community food programs, nonprofit community organizations-with the financial support of the City of Toronto-are building Toronto and creating communities. Through the City’s investment, community services make Toronto more liveable, equitable and inclusive.Organizations are able to stretch those dollars, and leverage City funding to bring new investments from other orders of government, foundations and private fundraising to expand programs and services in local communities. 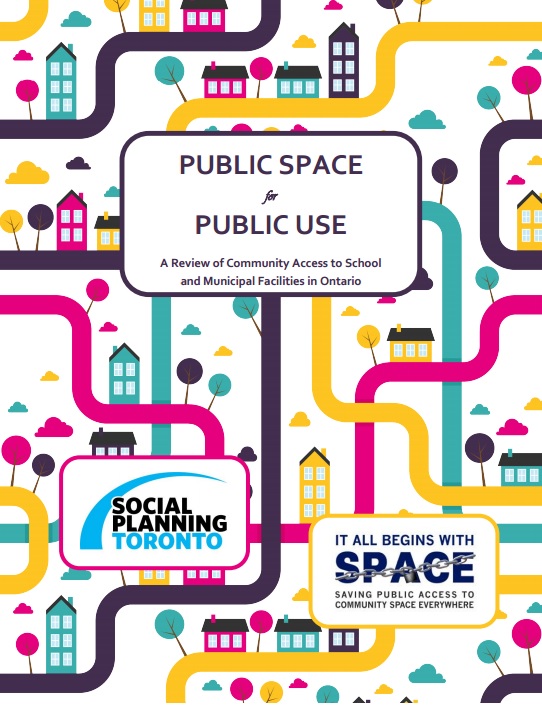 Where we live and what opportunities are available in our community impacts how we identify with and experience the world around us. Healthy and vibrant neighbourhoods foster a sense of belonging and safety, and promote overall positive physical and mental health among residents. When welcoming places exist and opportunities are provided in neighbourhoods that encourage people to come together, we witness the creation of ideas, the building of trust, and the development of resilience. Publicly funded assets, such as schools and municipal facilities, are important places where people can gather together and build stronger neighbourhoods. Imagine these spaces: diverse groups sharing stories about their cultures; children learning to cook while developing their math skills; and parents uniting to improve the quality of life for their children and the community. 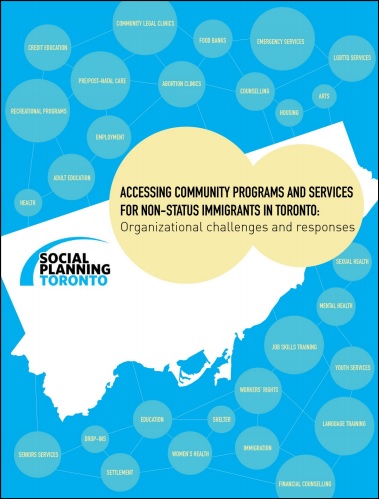 Non-status residents who live and work in Toronto face a number of barriers in accessing critical health, legal, housing and employment services that place them at greater risk of poverty and poor health and make them vulnerable to abuse and exploitation.

Recent changes to federal immigration policy have made it increasingly difficult for newcomers to acquire permanent immigration status, forcing people to live and work in constant fear of detention and deportation while they navigate the Canadian immigration system. Although non-status residents contribute to the economy through their labour and help fund social programs through sales and property tax dollars, they are denied access to a number of government funded programs and services. 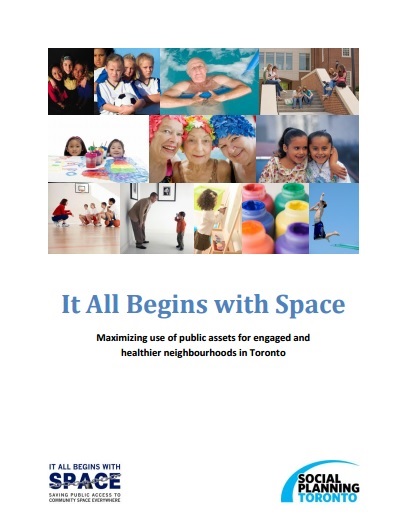 In the City of Toronto, while government agencies and institutions struggle under fiscal constraint and to manage growth, residents, businesses, government workers and non-profit organizations come together to make Toronto a healthier, welcoming and more vibrant place to live. A key component of neighbourhood infrastructure is safe public places for people to come together: whether to celebrate, discuss neighbourhood needs or priorities, integrate into Toronto’s social fabric or to volunteer and be part of building their community. In our schools and municipal spaces this can also mean greater parental involvement, greater engagement from children and youth, increased readiness to learn and more positive educational outcomes for children and youth.