ON THE FRONT LINES OF TORONTO'S IMMIGRANT- AND REFUGEE-SERVING SECTOR 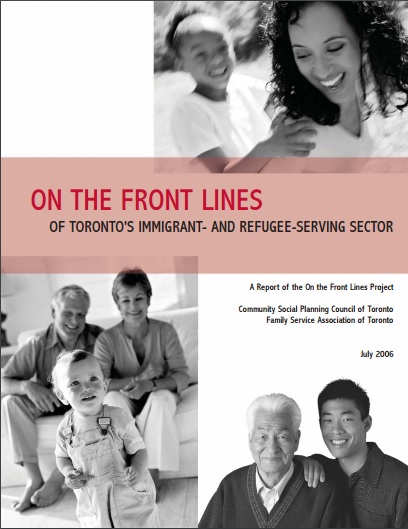 Working on the front lines in the country's largest immigrant reception centre, Toronto's immigrant- and refugee-serving sector plays a central role in supporting the vast numbers of individuals and families crossing the globe to make a new home in Canada. Among immigrants arriving between 1996 and 2001, 280,000 or 29% of all recent immigrants to Canada settled in the City of Toronto (Statistics Canada, 2001). Taking into account growth patterns in immigration, Statistics Canada has projected that the immigrant population in Canada will increase from 5.4 million people in 2001 to between 7 million and 9.3 million people by 2017, with the majority settling in large urban centres (Statistics Canada, 2005). The already crucial role of Toronto's immigrant- and refugee-serving sector in facilitating the transition of newcomers to Canada will only grow in importance in the years to come.

Opening the Doors to Ontario’s Schools: Community Use of Schools Program, Year One Impacts and Opportunities 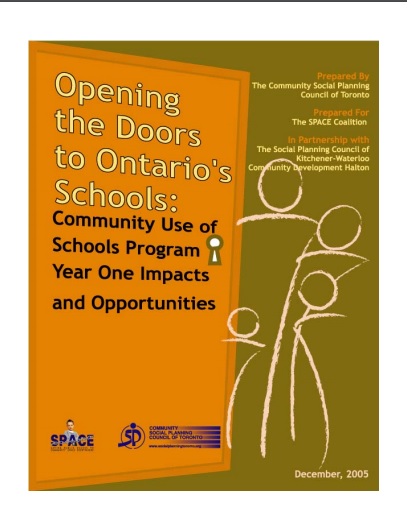 “Schools in Ontario are recognized as hubs for community activity and will be affordable and accessible to communities in order to support the goals of a healthier Ontario, stronger communities and student access.”

This vision outlined in Ontario’s Community Recreation and Use Agreement 2004 very appropriately sums up the importance of schools to communities. Few would disagree with the view that schools, whether it be the building or their grounds, are central in providing a place for community groups to meet and as a centre for community activities (Rozanski, 2002). This is certainly the case for Ontario, which has a long history of schools serving the community long after the last bell rings at 3:30 p.m. Community groups use schools to organize activities for all age groups: children, youth, adults and seniors. These activities are carried on after school, on weekends and in the summer.