Today, five advisory committees to Toronto City Council issued letters to Mayor John Tory asking him to reconsider the proposed across-the-board 2.6% budget cuts, citing concerns over the impact on marginalized communities and vulnerable residents that will result from cuts to transit, housing, health services and recreation. 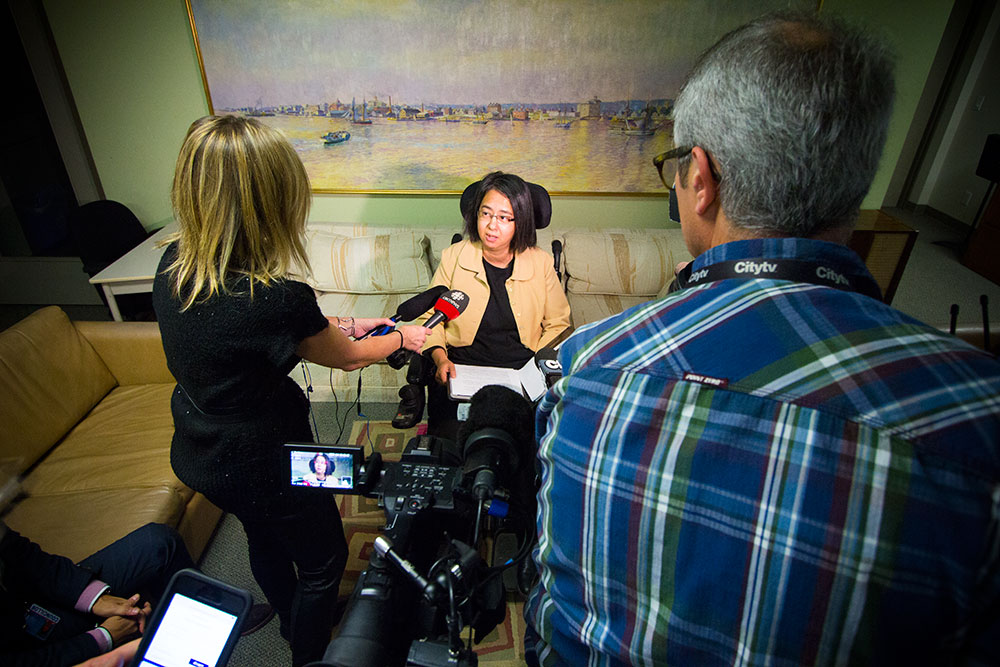 Letters from representatives from the Toronto Seniors Forum, Toronto Youth Cabinet, Toronto Food Policy Council, the Disability, Access and Inclusion Advisory Committee and the Board of Health were all delivered to Mayor Tory’s office as representatives spoke to the media.

“These cuts will significantly affect those Torontonians who are most marginalized, and most affected by poverty”, said Rachel Gray of the Toronto Food Policy Council. 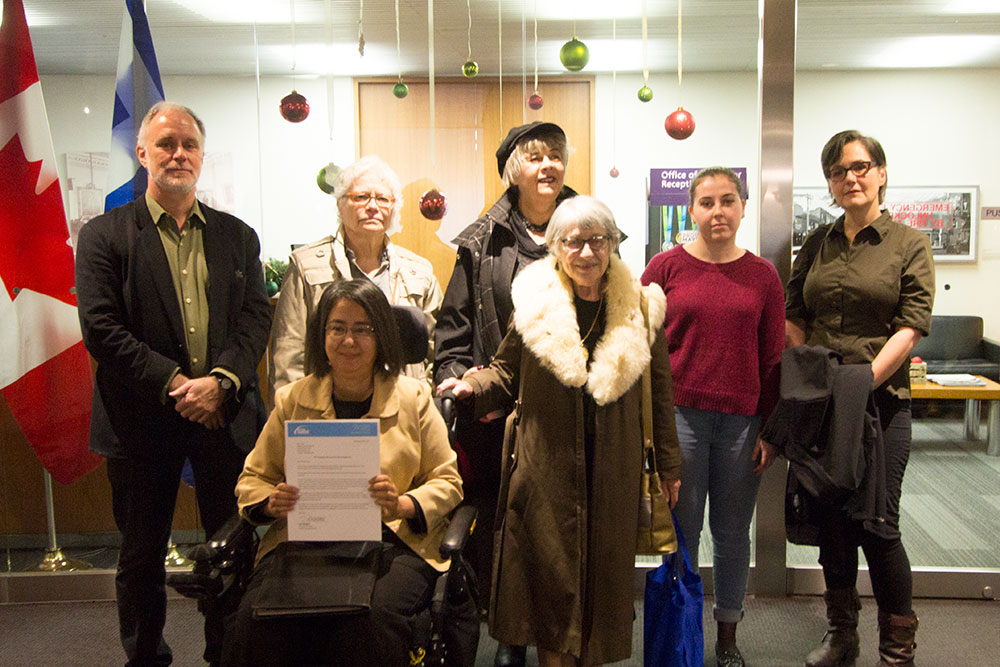 Mary Hynes, representing the Toronto Seniors Forum underscored the serious impact on seniors should city services be cut: “Toronto seniors will be impacted with cuts to programs and services including housing, transportation, healthcare and recreation.”

“Mayor Tory set out the 2017 budget with the aim that the 2.6% across-the-board cut wouldn’t impact services for the public”, said Sean Meagher, Executive Director of Social Planning Toronto. “These letters confirm that these cuts will have very significant impacts on the services we all rely on. It’s time to reassess the budget plan.”

Toronto City Council will begin deliberations over its 2017 Budget beginning in December.

Letter from the Toronto Seniors Forum

Letter from the Toronto Youth Cabinet

Letter from the Disability, Access and Inclusion Advisory Committee

Letter from the Board of Health