The Economy and Resilience of Newcomers: Exploring Newcomer Entrepreneurship 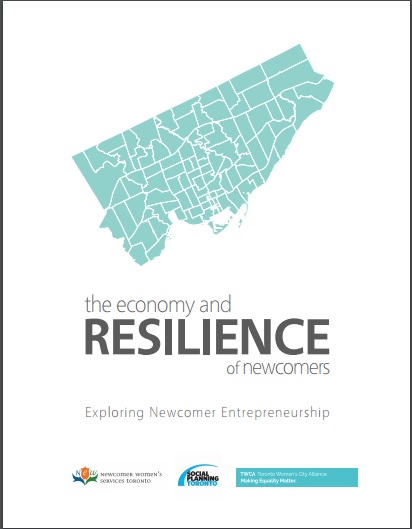 In 2008, the global financial crisis resulted in the restructuring of markets and prompted unemployment, income inequality and poverty rates to increase both worldwide and in Toronto. In the context of the “Great Recession” what are the implications for addressing newcomer labour market access through entrepreneurship in Toronto? Moreover, what should policymakers and service providers consider to ensure new Canadians succeed and prosper in their new home?

To understand the experiences of newcomer entrepreneurs, Social Planning Toronto (SPT) and Newcomer Women’s Services Toronto (NEW) embarked on a research project, The Economy and Resilience of Newcomers (EARN). Both organizations wanted to explore whether entrepreneurship is a concrete solution to the high rates of newcomer unemployment within the City of Toronto.

Toward a Poverty Elimination Strategy for the City of Toronto 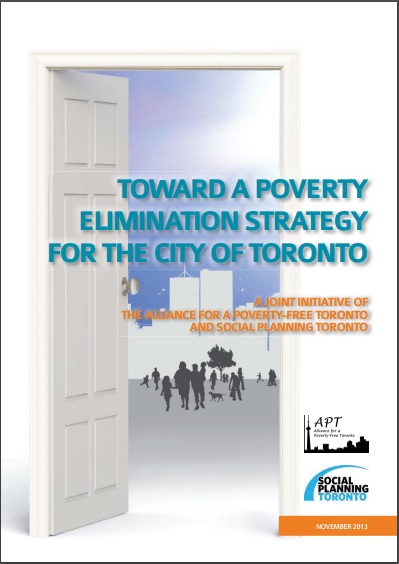 The purpose of this strategy document is to provide a clear roadmap that the City of Toronto can use - in partnership with other governments, community, business, labour, education and other sectors – to end present high levels of poverty in the city and create a path toward solid growth and prosperity.

The strategy fully embraces an approach which calls for, as a fi rst priority, ending deep poverty, and removing conditions that swell the ranks of the working poor and keep them entrapped in poverty.1 It aims to galvanize action to change present conditions and achieve a better future for all people of this city. In so doing, it sets out to identify practical solutions that take into account Toronto’s considerable assets (including its diverse, multi-skilled population and enormous economic potential), building not just for the short term but for many years beyond. 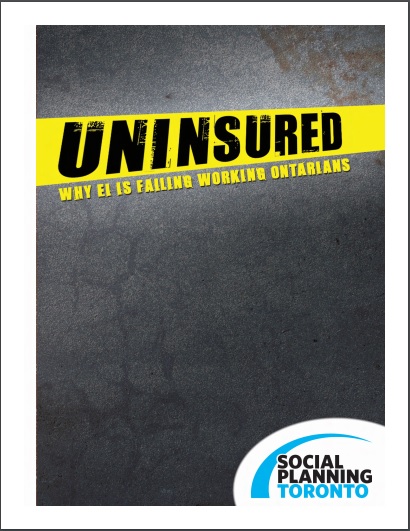 As the Employment Insurance program (EI) nears its 70th anniversary, for many workers in Canada—now facing an indefinite recession marked by massive job loss—there is very little to celebrate. Since its inception in 1940, the EI program (formerly known as Unemployment Insurance) has undergone numerous and significant changes. Although expanded greatly during the 1950s and again in 1971, changes introduced since the late 1970s have made workers’ access to regular benefits increasingly difficult.

To say that many of the EI program reforms since the late 1970s has been a contentious policy issue would be an understatement. Workers have found themselves caught in the middle of an ideological debate as to what the federal government’s role and responsibility on unemployment should be, and who bears ultimate responsibility. Yet, with the EI program a shadow of its former self, it is evident that one side of this debate is winning.

Sick and Tired: The Compromised Health of Social Assistance Recipients and the Working Poor in Ontario 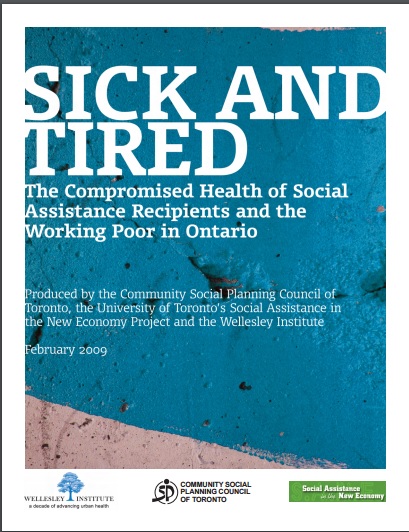 In August 2008, the World Health Organization released a groundbreaking study on the social determinants of health – the political, social and economic forces that shape people’s health and people’s lives. Closing the Gap in a Generation documents health inequities between and within countries revealing the central role of public policy on individual health. Drawing from a broad base of research, this renowned team of scholars, policy makers and former heads of state and health ministries calls all governments to action on the social determinants of health.

They offer concrete proposals and real world examples that can close the health gap within a generation – from action to ensure fair and decent employment, access to safe and affordable housing, and the provision of quality education and child care to the promotion of gender and racial equity, inclusive social and political decisionmaking and adequate social protections to ensure healthy living. 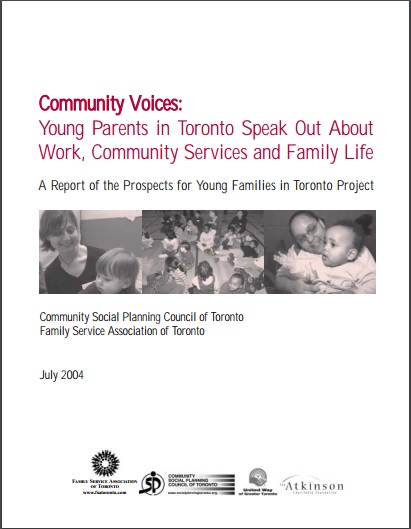 Toronto's young families face serious roadblocks in making a good life for themselves and their children. The rise in non-standard work with its characteristic low wages and poor benefits, coupled with declining support for our cherished social programs, has left young parents and their children at a disadvantage compared to families of generations past. Single mothers and parents who are immigrants, members of racialized communities and teenagers, encounter the greatest challenges to landing a good job, accessing needed social supports and achieving a decent standard of living. Based on focus group research, this report gives voice to the experiences behind the downward trends, and parents' ideas for change to improve the quality of life of young families in Toronto.