Low-income residents paying more so others can pay less—that is the overall six-year trend for the city’s finances, and a pattern that will continue if the City’s budget process stalls on revenue tools and keeps property tax increases at or below the rate of inflation.

Speaking to the media today, members of the Commitment2Community Campaign pointed to the growing ‘Fairness Gap’ in the City’s finances, and solutions for Council to address concerns over housing, transit and services. 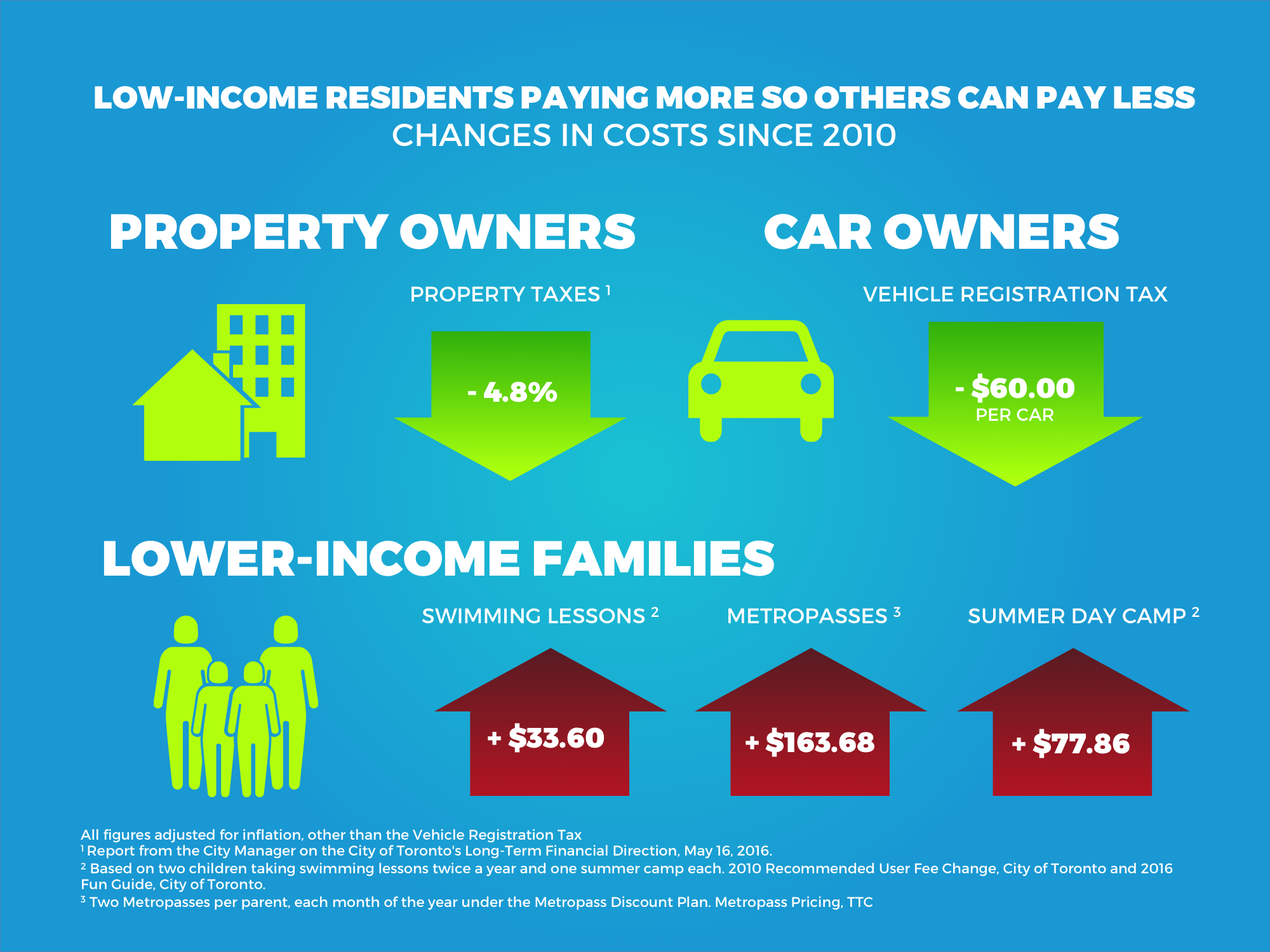 "The impacts on the women we work with on a day to day basis are enormous, and angering.” said Leila Sarangi, Community Program Manager of Women’s Habitat, stressing the impact of these cuts and fees on vulnerable Toronto residents. “Lack of affordable childcare, housing, rising transit cost and long wait times for buses make it impossible for women to find and maintain work."

The group expressed alarm at the current proposal being discussed by City Council to cut the City budget by a further 2.6% in 2017. Tim Maguire, President of CUPE Local 79 pointed to a recent report by the City Manager which states that we have reached the ‘practical limits’ of finding efficiencies in the City’s spending: “Front-line workers are already delivering more with less and critical services are slipping. A cut to the City’s budget will reduce services and increase user fees for those who can afford it least, widening the Fairness Gap.”

Sean Meagher, Executive Director of Social Planning Toronto was adamant that Council can still take action, citing the City’s own Poverty Reduction Strategy passed last year: “We can close the Fairness Gap. We have the Council-approved and promised ProspertyTO plan, along with KPMG-vetted revenue tools that are quick and easy to implement.”, Meagher said.

In June, KPMG produced a report for City Council which outlined a range of revenue tools, including the Alcohol Beverage Tax, and a Commercial Parking Levy. City Council debates the Budget Process beginning on Tuesday July, 12th 2016.