We need your help to send a strong message to the provincial government to act now on its commitment to provide municipalities with inclusionary zoning powers.

On Monday, March 14, after many years of urging, the Province announced that it would finally pass legislation giving municipalities inclusionary zoning powers. With these new powers, municipalities will be able to require developers to create affordable housing within new residential developments. City of Toronto Chief Planner Jennifer Keesmaat estimates that 12,000 units of affordable housing could have been created in the past 5 years in Toronto alone if an inclusionary zoning policy had been in place.

SPT is seeking a full-time Communications Officer, with a proven track record working in the area of communications focused on community development and action.

This position encompasses the development and implementation of the overall communications, public relations and media strategies of SPT.

Debbie Douglas
Debbie Douglas has a long and impressive track record as a leader in the settlement sector and has made an outstanding contribution in other sectors over the last 25 years in support of social justice.

Over 100 service providers and housing advocates in Toronto, Peel Region and York Region took part in consultations on private-sector rental housing. As a member of the Neighbourhood Change Research Partnership (NCRP), Social Planning Toronto, in partnership with the Social Planning Council of Peel and the Social Planning Council of York Region, organized five consultations across the region to inform the NCRP's next phase of research which will include a focus on private-sector rental housing.

The Time for Inclusionary Zoning is NOW

Dozens of community groups and networks across Ontario are urging the Province to stop blocking municipalities from adopting inclusionary zoning policies to build desperately needed affordable housing. Through inclusionary zoning policies, cities and regions can create thousands of units of affordable housing within each new residential development.

Press Release: "The Time for Inclusionary Zoning is NOW"

March 11th, 2016 (Toronto, ON) – Dozens of community groups and networks across Ontario are urging the Province to stop blocking municipalities from adopting inclusionary zoning policies to build desperately needed affordable housing. Through inclusionary zoning policies, cities and regions can create thousands of units of affordable housing within each new residential development.

Social Planning Toronto, ACORN, and Toronto City Councillor Mike Layton will be speaking to media about the urgent need for the Ontario government to allow municipalities the power to use inclusionary zoning policies to build new housing. In spite of the unrelenting call from city planners, community groups and political figures for many years, the Province continues to prohibit inclusionary zoning. In the latest call, 57 community groups and networks operating throughout Ontario called on the Province to act now on inclusionary zoning by moving either of the two private members’ bills (Bill 3 and Bill 39) already before the legislature.

BACKGROUND: The 1652 Keele Street Community Alliance (the Alliance) is a multi-sectoral group of five non-profit organizations, providing a diverse range of services in a City-owned building. The Alliance consists of 5 independent organizations: 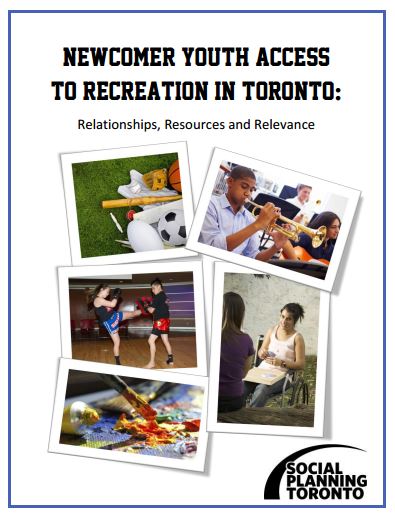