Council was supposed to vote on a new city-wide framework to regulate multi-tenant houses (a.k.a. rooming houses) at its July meeting. But, knowing that he didn't have the votes to win, Mayor Tory moved to defer the item to the fall. Some members of his Executive Committee were expected to vote against the item, and it even faced opposition from some progressive councillors.

Ontario Human Rights Commissioner Ena Chadha has urged Council to make rooming houses legal city wide, with a reminder that "Municipal regulation must not directly or indirectly keep certain groups of people out of neighbourhoods."

Swaying some councillors before the October Council meeting is crucial, not only to ensure that this deeply affordable housing is legal, licensed, and safe in residential neighbourhoods across the city, but also to set a precedent for more decisions in the coming months on housing and planning policy.

In December, Council approved a vacant home tax, to be implemented on January 1 next year. A staff report submitted to Mayor Tory's Executive Committee in December 2020 estimated 9,000 to 27,000 vacant houses in the city — enough to house every person in a shelter and encampment.

At its July meeting, Council set the rate for the new tax. Despite pressure from community for 3% — proven effective in Vancouver — Council approved only 1% of Current Value Assessment.

No one moved to increase the tax to a higher rate. Fortunately, Councillor Ana Bailão moved that staff report by the end of 2023 on how the tax is working and whether it should be increased. If 1% proves too low to pressure speculators to put vacant properties on the rental market — as was the case in Vancouver — let's hope that Council can be convinced to triple it to 3% by 2024.

We were outraged by the violence of the Lamport Stadium encampment eviction. But we weren't surprised. A week earlier, Mayor John Tory refused to add "A Path Forward" — a letter demanding a human rights–compliant approach to unhoused people and encampments — to the agenda for the July 14–15 Council meeting so that its recommendations could be adopted. In fact, he called the letter "unwelcome."

The Mayor sees no need for compassion towards encampment residents because the City's shelter system provides "a pathway to permanent housing." But data from the City itself show that only 9% of former encampment occupants who've accepted shelter spaces during the pandemic have moved into either temporary or permanent homes.

Applicants for social housing fare no better. An analysis of a City housing portal by The Toronto Star found waits as long as 36 years for some buildings.

"That's a generation-long wait for affordable housing, something that's supposed to be a human right. This just says it all, in terms of the state of the housing crisis."
— SPT's Senior Researcher and Policy Analyst, Beth Wilson

Is it any wonder people pitched tents in parks?

Council returns on Sept. 30. In the meantime, we must push back. At this point, it seems that only a huge groundswell of pressure from everyday Torontonians will move Tory.

Sept. 30 is, coincidentally, the National Day for Truth and Reconciliation. According to the Toronto Drop-in Network (TDIN), 38% of people sleeping rough and in encampments are Indigenous. The City cannot profess a commitment to reconciliation as long as it continues with this agenda of forced, militaristic encampment evictions. 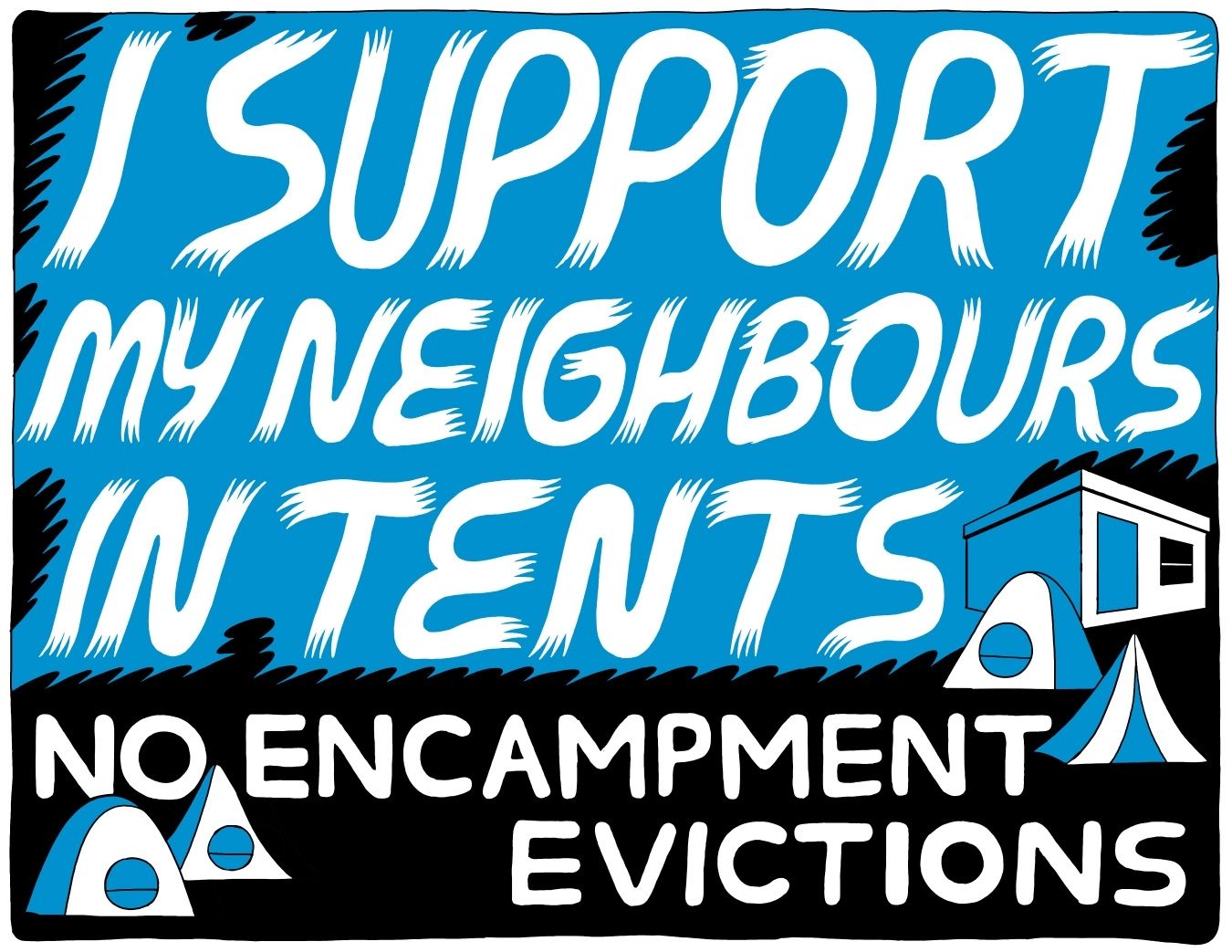