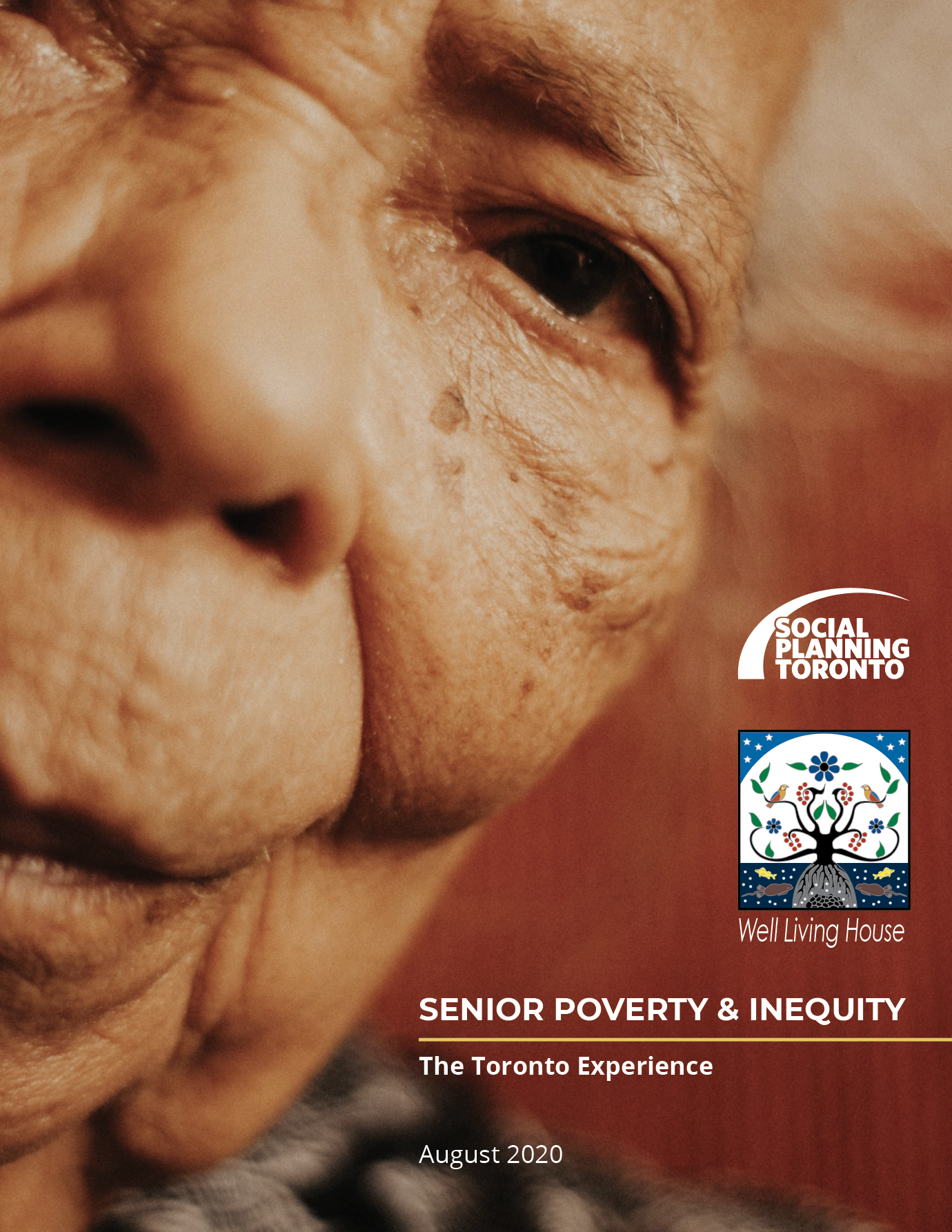 The COVID-19 pandemic has focused public attention on the health, well-being, and increased vulnerability of seniors, but too many of Toronto’s seniors were already struggling before the pandemic due to income and housing challenges.

Senior Poverty & Inequity: The Toronto Experience, co-authored by Social Planning Toronto and Well Living House, draws on data from the 2016 Census and the Indigenous-led Our Health Counts Toronto research study to paint a disturbing picture of senior poverty in our city, particularly among Indigenous, racialized, and immigrant seniors. The report’s authors call on all three levels of government to take urgent action against senior poverty.

The 2018 Toronto Child & Family Poverty Report draws on newly released census data to reveal a disturbing picture of child and family poverty in Toronto and in every single ward across the city.[1] With Toronto residents set to go to the polls on October 22, the report authors call on all candidates for Toronto City Council to commit to bold action in response to the pervasive hardships experienced by families in our city.

In partnership with Social Planning Toronto and the CEE Centre for Young Black Professionals, the Toronto Environmental Alliance (TEA) has just released a new report that identifies best practices for leveraging investments in climate actions to create a range of community benefits.

Unequal City: The Hidden Divide Among Toronto’s Children and Youth

This report draws on the Statistics Canada 2016 Census and other new data sources to describe the level, distribution and depth of poverty among Toronto children, youth and their families.

New reports released today by Social Planning Toronto show that younger Torontonians, as well as women in key sectors will benefit from proposed labour law reforms under the Ontario government’s Bill 148, The Fair Workplaces, Better Jobs Act. However, the proposed legislation leaves out the majority of precarious workers, including women and millennials, from improved access to unions.

Unions and the Response to Precarious Work Series

Social Planning Toronto is producing a 4-part Unions and the Response to Precarious Work series, examining the role of unions in responding to the troubling rise of precarious employment. This series was developed to inform debate and policy-making on precarious employment and labour movement building in Toronto and across the province.

The Cost Of Poverty In Toronto

This report estimates the price of inaction. Regardless of the strategy used to address poverty, it asks, “What does it cost us to allow poverty to persist in Toronto?” It estimates how much more we may be spending in the health care and justice systems simply because poverty exists, and how much we lose in tax revenue, simply because poverty exists.

Where are Minimum Wage Earners in Ontario Working? 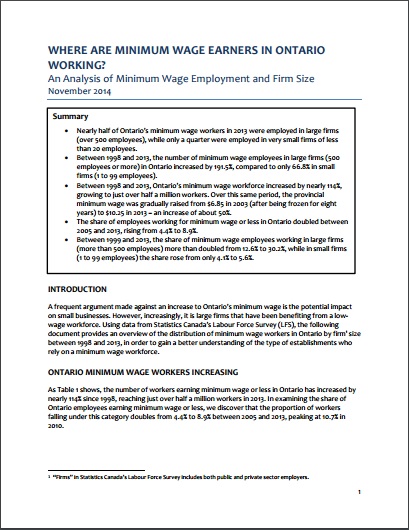 A frequent argument made against an increase to Ontario’s minimum wage is the potential impact on small businesses. However, increasingly, it is large firms that have been benefiting from a lowwage workforce. Using data from Statistics Canada’s Labour Force Survey (LFS), the following document provides an overview of the distribution of minimum wage workers in Ontario by firm1 size between 1998 and 2013, in order to gain a better understanding of the type of establishments who rely on a minimum wage workforce. 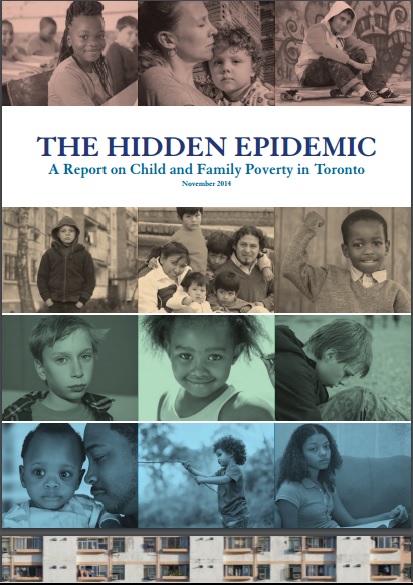